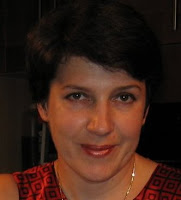 This woman is a genius sugarslinger. She's the mind behind Das Foods, a premium confectioner based in Chicago known best for Das Carmelini caramels. These little bites of heaven are handcrafted caramels with locally produced cream and a touch of French sea salt, and they come in an array of yumworthy flavors--chili-pecan, ginger-pistachio, chai-latte, and others. Head BDJ Labs tech Jenni brought home a box and ended up downing a box of the classic-flavor caramels (a dreamy blend of lavendar and honey) in one sitting. She's not proud, but if you've ever picked up a box of these things, you'd understand.

Katie started the company in 2006, with the mission of creating non-chocolate candy that was both on the healthy side and indulgent. None of this stuff contains corn syrup, there's no artificial ingredients, and she makes use of locally produced ingredients whenever possible. The formula seems to be working--her goods are sold in 25 states, Europe, Japan, and the Middle East. 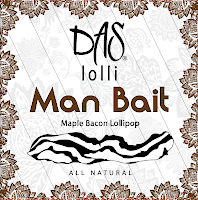 "But what about the bacon?" you're asking. We're getting there--last year, she introduced a line of lollipops that, like the caramels, are all full of natural goodness and come in amazing flavors. The one that grabbed our eyeballs, though, is Man Bait--a candy that combines the flavors of maple and bacon, on a stick. Katie has a long-standing love of bacon: "I grew up in Eastern Europe, where smoked meat and bacon is considered a separate food group." They add bacon grease to soups, fries, and all sorts of baked goods. We could learn a lot from the Ukranians.

Anyway, being instilled with a reverence for bacon as well as for fine sweets, it's inevitable that she would combine the two--and she did, in this all-natural lolli. Not only are they insanely delicious, they're also affordable--we cleaned out Provenance Foods in Chicago's Lincoln Square 'hood of all they had (only four left--them babies are popular), for about three bucks. So, for $0.75, you could pick up a chemical-laden, nothing-special Blow Pop or Tootsie Pop at 7-11, or you could have a bacon-filled lollipop, lovingly handcrafted by Katie. Not much of a choice, we think.

If you'd like to pick up some Man Bait of your own, visit the Das Foods Web site or, if you're in Chicago, Provenance Foods.
Posted by Spinner at 9:09 AM